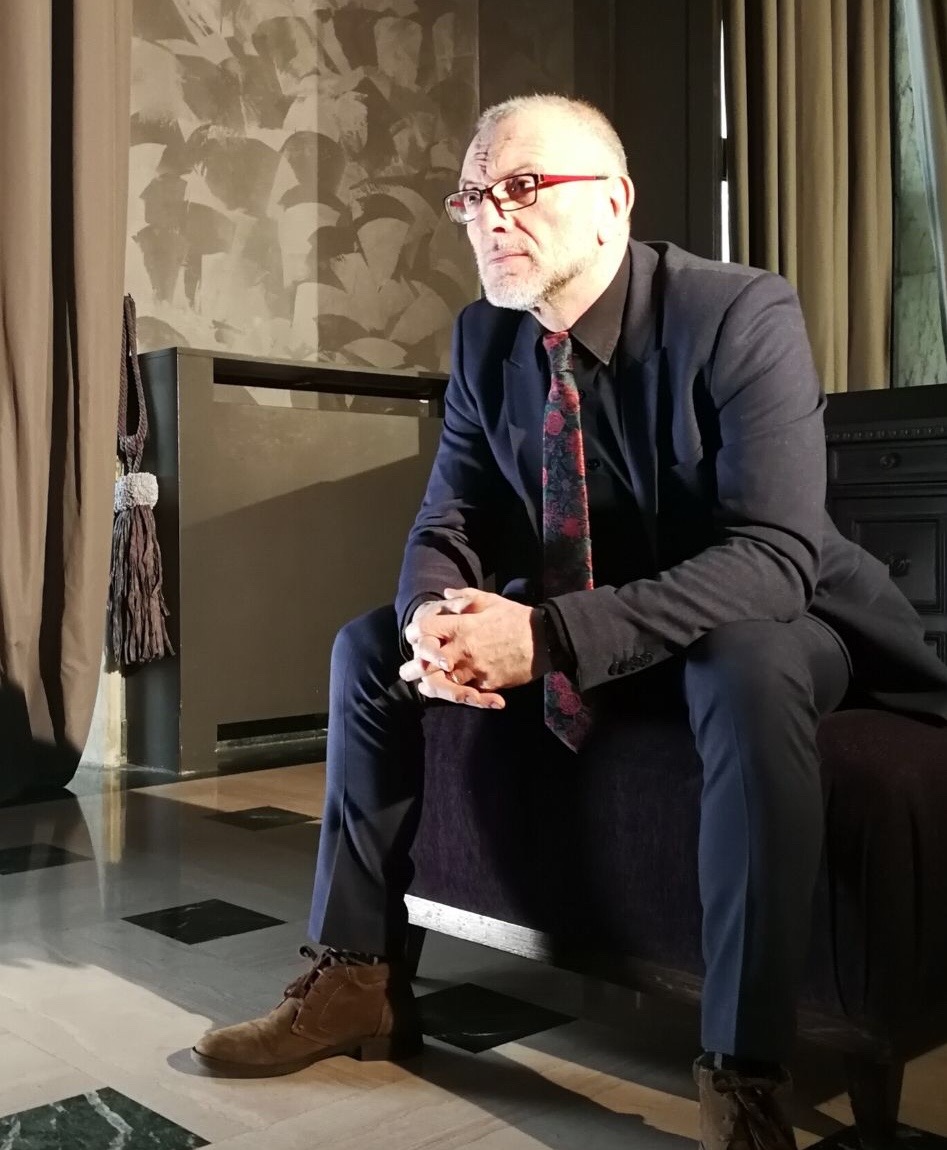 His approach looks for innovation in art expressions and language, mainly through the contamination and blending of visions and sensitivity.

As Journalist, he was Director of international magazines, writing hundreds articles, essays and books on communication and arts.
Member of the Italian Order of Journalists, since 1987, he was Founder and CEO of Càlamo Comunicazione, a consulting company in Corporate Communication. He was the advisor of top managers and international corporations.

He was also the director for no profit organizations operating in design and cultural sectors.
He taught in Universities and Institutions, and held speeches for international Institutions, including the Tate Modern in London (presenting on “Art and transforming the social”).

He cooperated with the Chinese Art Foundation “Hafnia Foundation”, for which he produced “After Nothing”, a 50-minute video documentary shot in China, experimenting new forms of visual narrative.

He is curator for Le Dame Art Gallery and Artrooms London/Rome.
He curated dozens of exhibitions and more than 100 artists, from different art fields, including writings and critic texts.

He also made own exhibitions, as final outcome of experimental art projects with other artists, including:
– “Extended Blue” – a mixed media installation exhibited at the Macro Pelanda, Contemporary Art Museum in Rome (December 2017 – January 2018, Rome)
– “24 Hours creating a New Day” presented in London at the Melia White House, for Frieze week, October 2019, promoted by Le Dame Art Gallery; a choral art project involving 24 artists over the world and different artistic expressions.